Tuck School of Business at Dartmouth 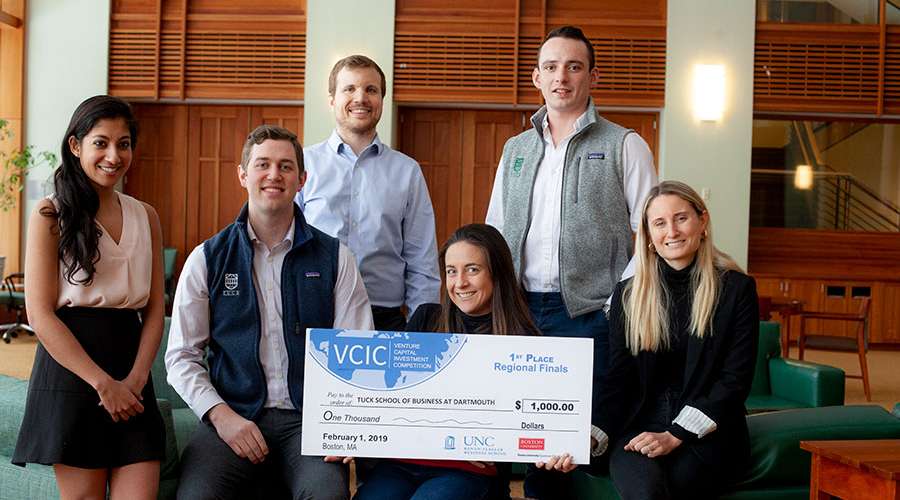 Our journey started early in the academic year, when incoming Executive Director of the Center for Private Equity and Venture Capital Jim Feuille D’79 asked Tuck students to apply for Tuck’s Early Stage Venture Capital Workshop, which included a series of lectures covering all aspects of early stage venture capital investing plus a series of workshops assessing current early stage venture deals, and which concluded with the students’ participation in the Venture Capital Investment Competition (VCIC).  Jim is very well versed in venture capital (VC), with a successful career at Crosslink Capital as an early stage investor. Jim’s record includes multi-billion market cap exits in Pandora, Coupa, Ancestry.com, and Omniture, with private companies Chime, Personal Capital, and Reltio, all trending to similar outcomes, as well as him making the Forbes Midas List.

Joining Jim were Dick Green D’75, a successful enterprise software entrepreneur and then angel investor who had been a long-time coach of the Tuck VCIC team; alumni and past participants Joe Henderson T’18 and Emily Snyder T’17; and Center for Entrepreneurship Executive Director Daniella Reichstetter T’07. Our team put in well over 125 hours of study and workshop training in the fall and winter terms, and our advisers brought incredible knowledge from the current venture market and past investments and competitions. We felt very prepared when we made our way to the Boston University Questrom School of Business at the end of January 2019 to compete in the Northeast regional leg of the world’s largest VC competition, with 98 MBA programs from around the globe participating.

For the regional competition, we received pitch decks from three entrepreneurs, all trying to raise venture funding, on Wednesday night—approximately 36 hours ahead of the start of the competition on Friday morning, which enabled us to conduct research and analysis on each of the three deals and prepare investment memos, valuation models, cap tables and term sheets. Our task for the day was to meet the founders in the morning to hear their pitches, then conduct due diligence Q&A sessions with them before proposing our investment recommendation to the panel of judges (who were experienced VCs and entrepreneurs) acting as the senior partners on the investment committee of a venture capital firm. In this regional final we came up against Harvard, MIT Sloan, Babson, Pittsburgh, and Rochester. The deliverable took the form of an investment memo, outlining investment attributes and risks, valuation, option pool, board structure, investment structure, and other key terms. Our team selected a dental benefits platform for employers aimed at reducing total dental costs. We were particularly attracted to the savings they have achieved for companies to-date and the increasing traction in a growing market. The judges were equally impressed with our analysis, presentation and ability to address their tough questions, and we took home the win, getting the first place vote from eight of the nine judges!

Next up was the global finals in mid-April. We resumed our training regime at the start of spring term, working on eight more venture deals in the market and we had a session with mock negotiations with entrepreneurs since negotiations were to be included in the global finals for the top two teams left. We made our way down to North Carolina to compete in the showdown at UNC Kenan-Flagler where the other 15 regional winners from around the world had gathered. Tackling a similar format, getting three new deals on Wednesday night, we breezed through the first round on Friday in a semi-final bracket with eight of the 16 teams, where the top 3 advanced to a final group of 6 teams. The final 6 teams were given an additional three deals on Friday afternoon to evaluate and present the following day. After an earnest evening studying the companies, markets, and management teams, we turned up on Saturday to compete in the final six. There were many more judges this time since the judges for the two separate semi-final brackets all came together to form one large judging panel for the final, and the scrutiny and questioning was even more intense. Our team had a clear investment structure that we stood behind despite fervid critique from the panel. Alas, this approach did not work in our favour and we were handed fourth place, which we feel was still respectable considering the 98 schools that started out in the competition. This experience taught us a lot about venture capital investing, and we are incredibly thankful for our team of advisers for all their valued counsel and countless hours spent with us. We highly recommend participation in the Early Stage Venture Capital Workshop to future students. The three T’20s on the 2019 team, who are ineligible to compete a 2nd time, are looking forward to helping a 2020 team of Tuckies get first place in 2020!

Apply to Tuck Become a Contributor 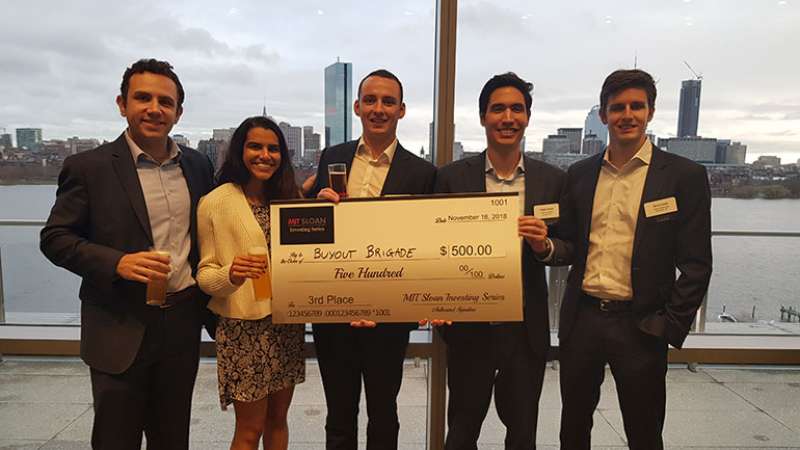 This year’s case was to develop a recommendation on the proposed buyout of Seaboard... 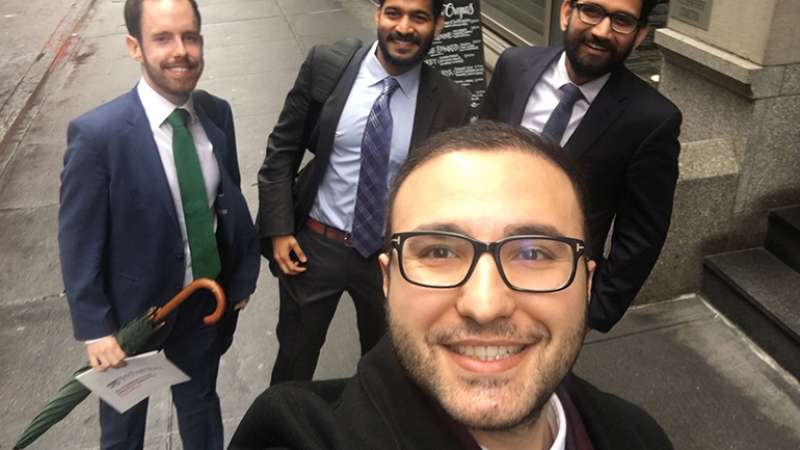