In his research on organizational learning, Tuck professor Pino Audia has changed the way we explain firms’ inability to make timely changes in response to failure.

As part of his career-long research, Audia discovered that managers’ desire to maintain a positive self-image has a profound impact on the decisions they make.

As individuals around the world stand back in horror at the Russian invasion of Ukraine, hundreds of global firms with ties to Russia have acted swiftly to cease or reduce their operations in that country.

This chorus of uncoordinated corporate social responsibility is unprecedented and speaks to the influence of businesses and public opinion to exert moral force on bad actors. It is clearly a sign, among many others, that firms today are increasingly aligning themselves with the ethos articulated by the Business Roundtable in 2019—that corporations should serve all stakeholders, including customers, employees, suppliers, communities, and the environment. Whether the corporations exiting Russia explicitly agree with the Business Roundtable or not, society is demanding businesses have goals beyond pure financial success.

Conventional wisdom says setting goals is a good practice, because it helps people and organizations accomplish their priorities. But it’s not that simple.

“Ironically,” says Pino Audia, Professor of Management and Organizations at Tuck, “having too many goals can make corporations less accountable.”

Audia has come to this perspective after 15 years of researching when organizations learn from failure, including writing a new book on the topic: Organizational Learning from Performance Feedback: A Behavioral Perspective on Multiple Goals (Cambridge University Press, 2021). One of his main contributions to the field of organizational behavior is his discovery that people show a tendency to form self-enhancing assessments of their performance. This tendency thrives in situations where performance metrics are ambiguous, giving people the latitude to see their own performance in a good light, even if others might assess it more harshly. “The proliferation of corporate goals creates greater ambiguity,” Audia explains, “and that creates greater latitude for self-enhancing assessments of performance.”

The nature of success and failure has intrigued Audia since at least his days as a doctoral candidate at the University of Maryland. His advisor there was Edwin Locke, who is known as the father of goal setting theory. Wanting to stay in the realm of goal setting, but distinguish himself from Locke’s prior work, Audia wrote his dissertation on the negative effects of success in a changing environment. He found that firms with greater past success tended to follow the same playbook that helped them succeed, even when the environment radically shifted, and that this persistence led to performance declines. Audia then moved on to study failure in organizations, where a line of literature suggested that, as in the case of success, people also showed rigidity after failure—they didn’t learn from their mistakes and embrace new approaches. The early work in this area focused on the concepts of escalation of commitment and sunk costs, theorizing that people were loathe to change their practices after investing time or money in them.

Audia had a different take. “My idea was that what neutral observers see as failure is sometimes not seen as failure by the person who is directly at fault,” he says. In other words, the assessment of performance can be variable. Audia examined this phenomenon in his 2007 paper, “Reluctant to change: Self-enhancing responses to diverging performance measures,” where he theorized that the key bias behind the inability to respond to failure was driven by managers’ desire to maintain a positive self-image. Importantly, he found that such “self-enhancement” bias was altered by ambiguity. In a study of hard disk drive producers, he documented that when top executives were confronted with multiple goals with diverging outcomes—say, low revenue growth (the primary goal) and high profitability (the secondary goal)—they introduced fewer new products. They could justify maintaining the status quo because they met one of their goals, even though that goal was not the highest priority. He found the same pattern in the lab where he also showed that a key feature of self-enhancing decision makers is that they are cognitively agile in the sense that they change the parameters used to assess performance to reach more favorable assessments.  What he found was that decision makers altered the goal hierarchy, raising the importance of secondary goals when performance on those goals was high. However, according to his theory these self-enhancing assessments are no longer feasible when ambiguity goes away and most indicators point to bleak outcomes. “Because people want to be seen as credible,” he says, “they ignore signs of failure, but only if they think favorable interpretations are plausible in the eyes of neutral observers.” 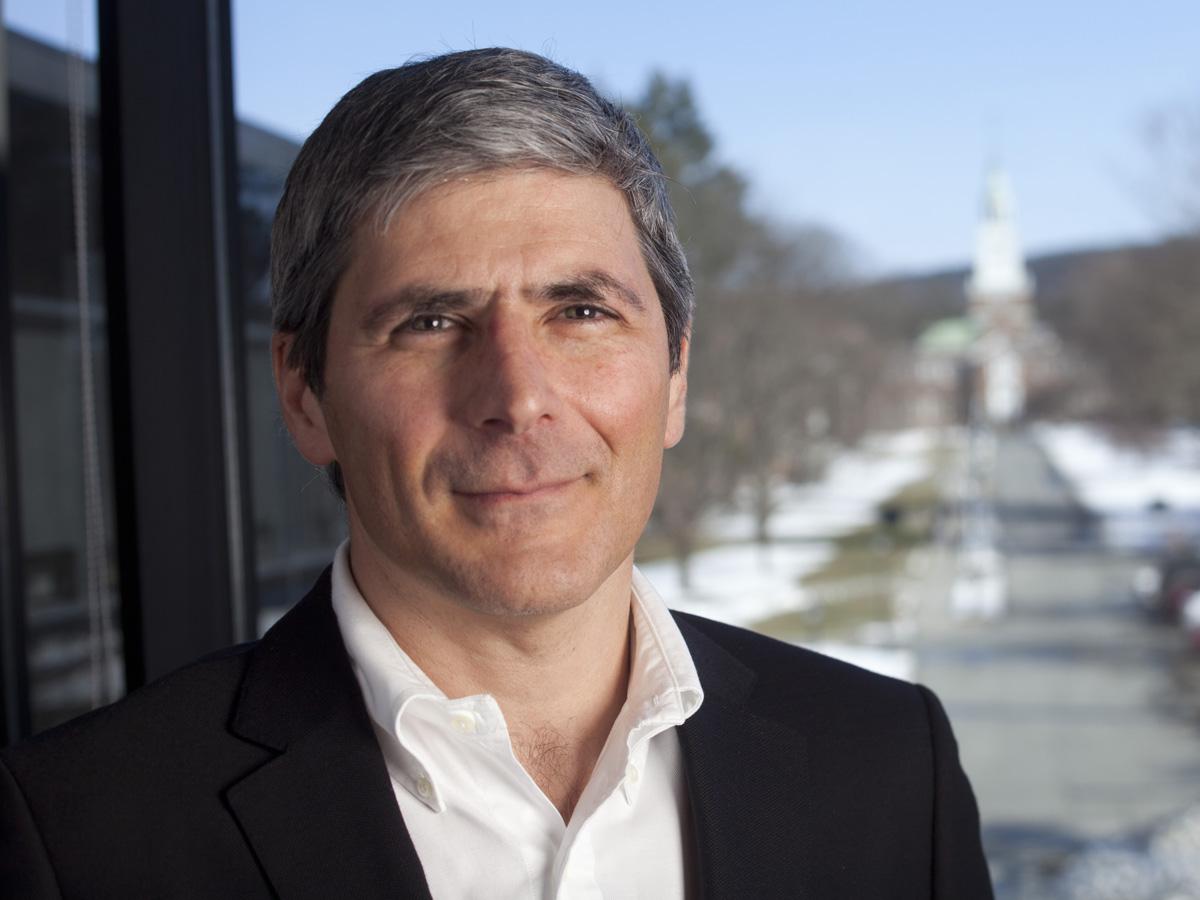 Professor of Management and Organizations Pino Audia teaches the Power and Influence and Leadership Development elective courses at Tuck.

In another study, Audia demonstrated this ambiguity effect occurs when firms choose among different reference groups against which to evaluate firm performance. When overall performance was low, decision makers were more likely to pick reference groups that were more dissimilar from the firm but offered a more favorable comparison. The resulting more favorable assessment of performance led to a lower propensity to change.  Other researchers have replicated and extended these findings, showing, for example, the same effect of multiple goals on R&D spending and pointing to other sources of ambiguity such as unrelated historical and social aspiration levels that enable favorable evaluations of performance.

As society demands more of corporations, Audia thinks the problem of ambiguity in the assessment of performance in upper management will only grow. “This means it is safe to expect muted response to failure as the default,” Audia asserts. “Because top executives are increasingly confronted with a wide range of goals—economic goals but also environmental, social, and governance (ESG) goals—doing poorly on some goals while doing well on others, even when the latter goals are less important, generally offers a plausible way to form favorable overall interpretations of performance.” This view was substantiated in a recent study where Audia found that overall low performance among S&P 1500 firms led to less change in the way firms allocated resources when firms were more diversified and had so-called “bright spots”: product lines or geographies that did well while the rest of the portfolio did poorly.

Thankfully, there is a potent antidote to self-enhancing assessments of performance: accountability pressures. For firms, this can come in the form of governance pressures from shareholders and analysts’ assessments. In another recent study, Audia found that firms led by powerful CEOs were more likely to include in SEC filings custom-made comparison groups to assess firm performance, particularly when performance was low, and the use of such comparison groups resulted in higher CEO compensation, but this self-enhancing tendency was attenuated when they faced scrutiny from shareholders and analysts. And in his recent book, Audia suggests stakeholders be very specific about the desired outcomes and their hierarchy, so top executives can’t hide behind ambiguity when things aren’t going well. “Private equity firms and activist investors generally do this well,” Audia says, “but boards are often too lenient.”

Because top executives are increasingly confronted with a wide range of goals … doing poorly on some goals while doing well on others, even when the latter goals are less important, generally offers a plausible way to form favorable overall interpretations of performance.

Audia is now taking this body of work in two new directions. The first starts from the intuition that self-enhancement doesn’t imply only or always less change in response to failure. It could also make executives favor actions that strengthen their perceptions of competence. In one study illustrative of this direction, he is looking at whether self-enhancement makes R&D managers prefer to develop internal solutions to technical problems rather than to seek solutions outside the organization. The second direction asks whether there are features of individuals, beyond the well-known effect of narcissism, that make some people more susceptible to self-enhancing responses to failure than others.

Of course, we want firms to be good corporate citizens and to be accountable for their performance. Audia’s research strikes a hopeful tone, because he shows that under certain conditions leaders can accomplish both. “Having a positive view of our own actions is adaptive, and it’s part of human nature, but it can also lead us astray,” Audia says. “Studying the conditions that shape this tendency will help us develop a better understanding of how important decisions are made in organizations and will help investors and other stakeholders keep executives in check.” 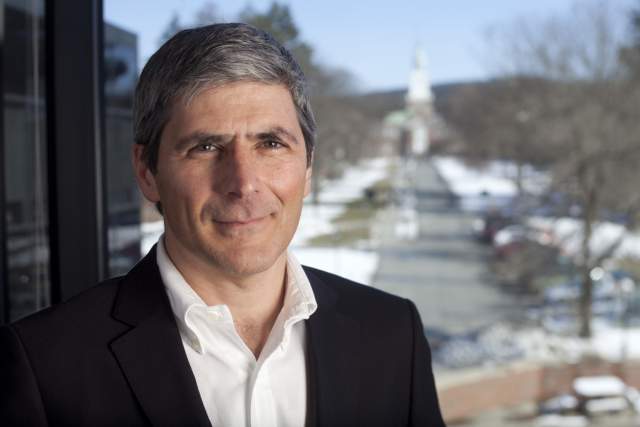 How Public Opinion Can Influence Organizations

Pino Audia says business leaders are more desirous of social approval than we may think. 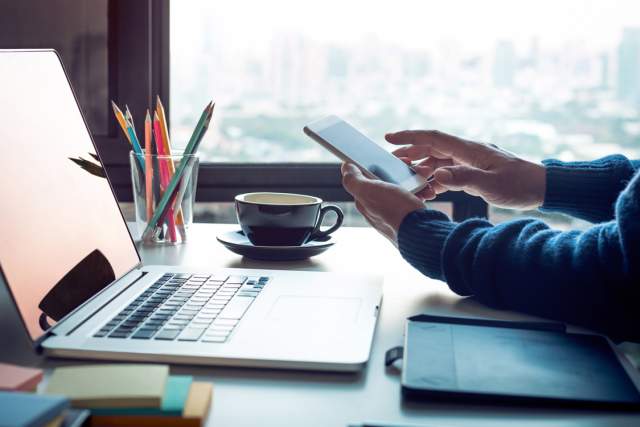 Tuck’s Pino Audia and Dartmouth’s Andrew Campbell embarked on a three-year study of how wearable sensors may be used to gain a deeper understanding of behavior in the workplace. What they discovered holds both promise and peril for the future of work.