I know people don’t believe it anymore but there is this thing called the American Dream, that if you work hard, keep your nose clean, and study hard, good things will happen. 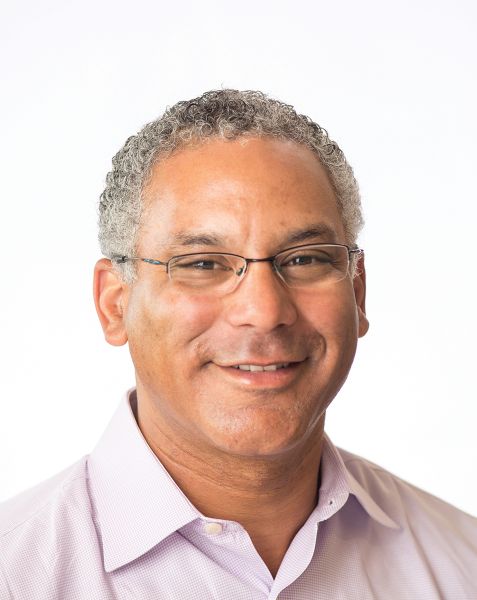 Yancey Spruill T’97 grew up in Buffalo during the 1970s as the once thriving American industrial belt turned to rust. Layoffs and labor strife impacted almost everyone he knew, and nothing in his experience suggested he could one day become an investment banker or business executive. His only ambition was to get out of Buffalo, and he accomplished that goal with a formula so simple it borders on cliché.

“I know people don’t believe it anymore but there is this thing called the American Dream, that if you work hard, keep your nose clean, and study hard, good things will happen,” says Spruill, CFO and COO of the Denver-based email marketing company SendGrid. “I have faith in those three concepts, and I’ve never experienced a situation during the course of my life that didn’t validate them.”

Spruill studied engineering at the Georgia Institute of Technology in Atlanta. To make ends meet he worked as a waiter in a downtown restaurant, which exposed him to the city’s thriving business scene. “Atlanta couldn’t have been more opposite from Buffalo,” says Spruill. “I went from a very depressed economic backdrop to the polar opposite—a vibrant, growing economy, which also had the benefit of being one of the more progressive areas in the United States for black people doing well.”

Spruill started his career at Corning. The work was at the cutting edge of process engineering and Spruill was good at it, but he soon realized his true passion wasn’t engineering. It was business. He decided to take a less sexy engineering job with Clorox that allowed him to work closely with the company’s product development and marketing teams, and began applying to business schools.

He chose Tuck because he felt he could thrive there. “I know it’s odd to say for an Ivy League school, but because it’s small and it’s such a collegial, friendly place, it’s really welcoming to people who aren’t from the traditional Ivy League prep school background,” he says.

Spruill graduated from Tuck in 1997 and went to work in investment banking, rising to become a principal at Thomas Weisel Partners after stints at J.P Morgan and Lehman Brothers. Wall Street was a long way from the streets of Buffalo, or for that matter, the factory floor at Corning.

In 2004 he made another career shift, as CFO of satellite imagery startup DigitalGlobe, helping to grow the business to more than $650 million in annual revenues and leading its public offering in 2009.

He joined SendGrid as CFO and COO in 2015. The email services company was founded in 2009, just as cloud computing was coming into vogue. Suddenly the expensive and technically onerous task of setting up proprietary email systems could be outsourced. SendGrid has grown with its clients, which include eBay, Airbnb, LinkedIn, and the music-streaming behemoths Spotify and Pandora. “Uber was a four-person startup when they first started sending emails with us,” Spruill says.

While social media and mobile apps soak up more of the limelight, email quietly accounts for 70 percent of digital marketing spending. The reason is simple: it works.

Email marketing returns roughly $38 for every dollar invested and is five times more effective than social at generating specific actions.

All of those emails have to get through filters designed to deflect the more than 99 percent of email that is spam. That’s where SendGrid excels, Yancey says. The company has a 94 percent success rate, compared with an industry average of about 80 percent. “You have to have quite a bit of expertise, analytical ability, and industry knowledge to be able to send email at scale,” Spruill says. “Our business enables that.”

Between seed capital and a successful new IPO Spruill led in November 2017, SendGrid has raised more than $235 million in operating capital. Of that it has spent just $50 million to build and scale a business that is profitable and growing rapidly, with more than $100 million in annual revenues.

“Twenty years ago it would have cost hundreds of millions of dollars just to get into the game. Now for $50 million of net investment you can build what in my view will soon be a $1 billion business.” It’s a long way from Buffalo to leading two tech IPOs. Spruill is quick to acknowledge his good fortune, but more than that his unlikely journey is proof positive of his mantra: Work hard. Keep your nose clean. Study hard.

How to Be a Successful Operations Leader

To succeed in operations, says ZOE COO Nicole Xu T’11, you need the short-term vision to run the business day-to-day, but you also need to be able to think three to five years ahead to build for the future.

After spending eight years in the military, Maxwell says Tuck’s general management curriculum gave him the foundation in business he needed, and he still relies on what he learned in his business strategy, communications, and negotiations courses. “Those soft skills courses really stay with you because they’re timeless.”

The next generation of operations leaders looking to drive growth and optimization will need to be students of technology, says Peter Giordano T’11.

A conversation with Vincent Wu T’11, COO of NewsBreak, about the broad skillset it takes to become a “full stack COO” at a rapidly growing media company.

With the potential to become the world’s first self-flying air taxi service, Chief Financial Officer Caryn Nightengale T’02 says the company is poised to become a game-changing disruptor in the aerospace industry.

For serial entrepreneur Peter Sisson T’94, life has been one big adventure.

How to Keep Your Company Data Secure

What Alison Connolly T’11 finds fascinating, most corporate leaders find terrifying. The director of strategic partnerships at DarkOwl is an expert on the darknet.

With Everly, Juliet Horton T’14 is changing how couples plan their wedding

In 2006 Susan Hunt Stevens T'98 started a blog as a "a guide to going green without going berserk." Years later the idea evolved into WeSpire, a platform that uses technology and social media to promote sustainable living.

Before you know what she is, you first need to know what Betsabeh Hermann T’13 is not: She is not an astronaut. Or at least, not yet anyway.

One size does not fit all—that’s the philosophy of Torlisa Jeffrey T'12 , a senior product manager for Williams Sonoma.

As director of global connectivity for Facebook, Chris Weasler T'97 is helping to bring online the 60 percent of the earth's population currently without internet access.

NerdWallet's Gib Biddle T'91 came to Tuck as a marketer, but then realized he was more of a builder.

Evernote CEO Chris O’Neill T’01 is helping the digital productivity and note-keeping company do more by focusing on what it does best.

As head of strategy and product development for Beats Electronics, Elisabeth Hartley T'05 is on the cusp of creating what the future of music could look like.

People call Eric Spiegel T'87 the most natural leader they’ve ever met. Now CEO of Siemens USA, a global electronics and engineering powerhouse, he gets to lead on the issues that matter most. To his company and the country.

Investor. Philanthropist. Entrepreneur. Roger McNamee T’82 is all of these and more in a career that has taken him to the top of the tech world.