The Unwitting Ease of the Echo Chamber

As one of the leading researchers on the science of social networks, Tuck associate professor Adam Kleinbaum has long been interested in why and how we choose our friends and professional contacts.

Common sense—and many academic studies—tells us that we have things in common with our friends, from ethnicity and gender to religion and nationality. But why? Is it because we befriend those similar to ourselves? Because we become more similar to our friends over time?

Untangling these complex causal relationships was the quest Kleinbaum and his co-author Balazs Kovacs embarked upon in their study “Language Style Similarity and Social Networks,” which was recently published in the journal Psychological Science.

In two unique textual analyses of writing samples from MBA students and Yelp reviewers, they found that linguistic similarity predicts the formation of friendships, and that once those relationships are made, people adapt their linguistic style to become more similar to that of their friends. But there is more to it than that. Kleinbaum and Kovacs connect linguistic style to a more general psychological profile, implying that while we become friends with people who talk like us, they talk like us because they think like us, and as our relationships deepen that similarity also grows stronger.

These two natural processes—selection and convergence—are behind the proliferation of echo chambers: we surround ourselves with likeminded people and become increasingly like-minded over time.  As a result, it becomes difficult to access the perspectives or ideas from outsiders. So a key implication from this research is that we should be cognizant of this unconscious tendency and make an effort to overcome it by expanding our networks.

We sat down with Kleinbaum to learn more about this research and its message.

Why are you concerned about echo chambers?

I think it’s a really important and pressing problem for society these days, and one that is fueled by social media. But I actually think the problem is even more fundamental than that. It’s not only about how people consume news and information, it’s really about how people experience the world as a function of the social world in which they are embedded. And I think understanding social networks beyond just how people consume news and media gives us some visibility into that.

How did you decide to study this using textual data from MBA students and Yelp reviewers?

I attended a conference where a friend of mine was presenting a paper on selection and convergence using Yelp data, but I was initially skeptical of it. I thought that the amount of text in the reviews was short, so it wouldn’t be a good indication of psychology. But it turns out that while the text of any one review is short, the people who write reviews tend to write a lot of reviews, so we were able to get a pretty good read on how they think about the world. The other thing I was skeptical about was the meaning of friendship on Yelp. But it’s not only a review platform; it’s also a social network. And the “elite reviewers” get together in person at events and get to know each other.

We shouldn't blame ourselves. ... But we should be aware that it’s happening, and therefore we should proactively work to break out of echo chambers.

The main problem with the Yelp data is that you can’t observe the beginning of the relationships, which is key when you’re trying to understand if people really select into friendships with similar others. So it occurred to me we could pair the Yelp data with data from MBA students, where we have a couple of nice features: we can observe their network from its inception—at the start of their MBA experience—and we have rich textual data from their admissions essays and course exams. Also, we have lots of information about who these people are in terms of their personal and professional background. We collected all the data in a de-identified, anonymous way, so we have a lot of information about the students, even as we closely guard their privacy.

How did the analyses of these data sets come out?

We found the results to be almost identical across these two data sets. Even in the situation where we can observe the emergence of brand-new friendships, people are attracted to being friends with others who talk about the world in a way that’s very similar to themselves. As the friendship network unfolds over time, people become increasingly similar with their friends, as reflected in an increase in the similarity of the use of language.

What’s an example of a linguistic style that corresponds to a psychological profile?

My favorite style distinction is the one between first-person singular words and first-person plural. Some people tend to say “I” and “me” more often, whereas other people tend to use “we” and “us” more often. This can reflect underlying psychology. So people who spend a lot of time talking about themselves and use a lot of “I” and “me” words may be relatively egocentric and narcissistic. Whereas people who use far fewer of those, compared to other kinds of pronouns, may be less narcissistic and more other-directed. The important point is that the tool we use to analyze language is not really about the content. It’s about these subtle function words like pronouns that give insight into peoples’ underlying psychology, which gave us a way to look at a body of text and make some inferences about a person from it and say how similar two people are in terms of their psychological outlook.

Could this type of analysis be used to match us with prospective friends?

There’s no question you could do that. I think the question is whether you should do that. I think it would exacerbate the kind of echo chamber phenomenon that is the consequence of this natural tendency. One of the things I talk a lot about in teaching this content to MBA students and executives is the tremendous value in diversifying your network—connecting with people who are outside those little bubbles we find ourselves in.

So how can we use this research to make the world a better place?

The biggest thing is quite simply to recognize that this is a totally natural phenomenon that happens whether we are attentive to it or not. There’s nothing wrong with it. We shouldn’t blame ourselves for it. But we should be aware that it’s happening, and therefore we should proactively work to break out of echo chambers. And I think the way we can do that is by being deliberate about diversifying our network in a variety of ways. So if you’re part of an organization where you’re working with the same people you’ve been working with for years and years, it may be worth considering making a change in your role or the roles of the people around you. It might be beneficial in terms of bringing a fresh perspective and diverse information. It doesn’t mean you should be firing people on the basis of this, but maybe expand the team, maybe put in place some kind of a cross cutting structure that puts the team in contact with other teams that do different things in other parts of the organization. Or maybe it’s something outside of the workplace altogether, like joining a networking organization. 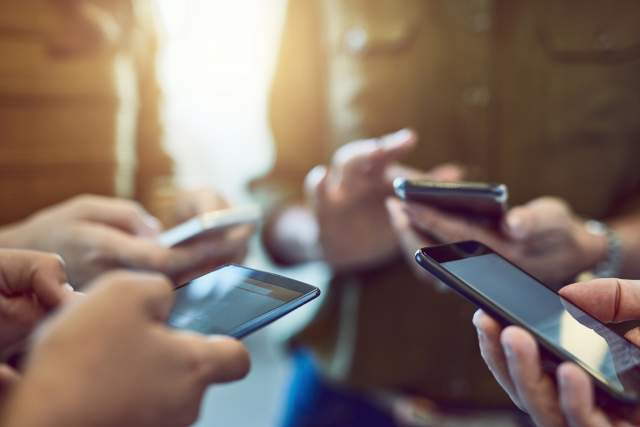 New Tuck research suggests that our brains and our social networks affect each other, potentially isolating us from novel information. 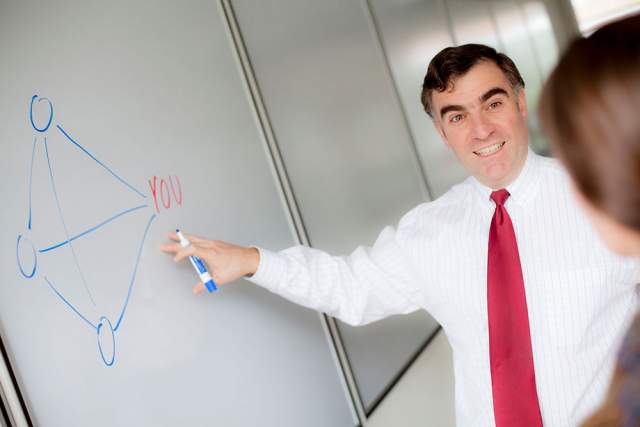 Kleinbaum, an associate professor of strategy and management, won the 2018 Award for Scholarly Contribution from Administrative Science Quarterly.